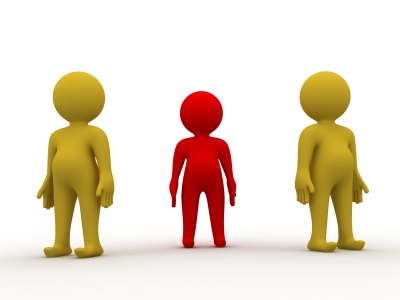 In my last post I described that after the ending of my marriage, went through a grief process of mourning the loss of ‘us’; and then after a while I went through a second traumatic grief period upon my realisation that by my marriage ending, I had also lost myself.

This second grief was not all that simple. I discovered that there are three parts of me. One was lost forever. One was found. One was still within me waiting to be transformed.

The me who was lost and gone forever was the me who I had been for nearly forty years – a life-partner and wife. In that regard, it had been a double whammy in that my marriage had ended at a time my younger two children were spreading their wings. So, as well as losing myself as a wife, my role of mother was in flux and although not lost it would certainly be different than what it had been.

The me who was found had been hidden underneath my drive of caring for my husband and children throughout my marriage. After my marriage ended, I found again my quiet methodical self. There was much joy in discovering I could now go about my daily life in the manner of my choosing. I also celebrated reclaiming some of my hidden talents that came with introversion. I now tended to and nurtured my own passions enthusiastically in a quiet and calm manner which is how I am and continue to strive to be.

At the same, however, I had definitely lost my purpose in life as a wife and mother and with it a huge part of myself. Even in rediscovering the hidden part of me I continued to mourn my loss of identity, and my loss of sense of purpose.

Then I realised there was a third part of me, that part of me that had been there as a child and young adult, that part which had been sacrificed in marriage and motherhood.

It was my dreams.

Life is full of compromises, the ‘this is not exactly what I would have chosen for me, but I love my husband and I can make this work for him and us and I believe we can be happy’. OR, ‘if we had no children or if I was single, we could do things differently, but as a family this is the best world for us and the best way to bring our children up to provide for them a happy, secure and stable childhood’.

So I shut the door on what could have been and looked only to what was and I strove always to do the very best in my life in my role as wife and mother.

With that wife door shut firmly and suddenly in my face then locked behind me, unable to be opened ever again, I began to now look longingly as those other doors and wonder why I had ever let them close. The giving up of the manner of lifestyle I would have preferred, the place where I would really have liked to live, my own career, the people I would have liked to have spent more time with and associate with, the person I had previously aspired to be.

Then one day I woke up and realised, they are not lost at all. They have simply been sleeping.

It is up to me now to find the key to unlock them.

42 thoughts on “To Lose and Discover Self After divorce”