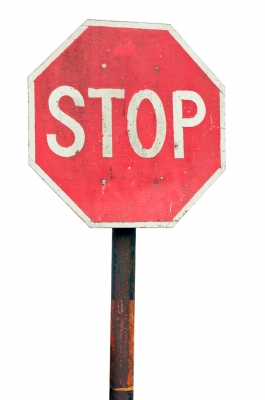 In my writing on this blog I have, in an attempt to boost up my confidence, focussed on my positive traits. In case you all think I am a therefore a virtuous saint (I am not), I thought I would let you know that I do have vices. One of these – which I hate to admit to – is / was being a bit of a lead-foot. In fact I have collected quite a few speeding fines over the years.

Of course, I was never really speeding. I was always caught on the outskirts of towns, where it is not built up and it is safe to drive faster but where the speed limit is still the lower speed limit of a built-up area. Annoyingly, for revenue-raising purposes, that is where the boys in blue or their speed cameras would invariably hide and I would get caught out. Then, irritatingly, there would be lost time having a ticket written out for me. Generally the only reason I was speeding in the first place was because I was late for something really important to get to and this would make me later still. I repeat, I was never really speeding. I do not and did not drive fast. Sometimes though, I just had to get to places quickly.

In the days after my husband left me, for the first time ever, I was caught really speeding. At the time, three of my four children lived a four hour drive away and, anxious to see them, I got in the car and drove there. This time, when I was pulled over, I was driving 18 kilometres over the speed limit, on the open road and in a completely distressed state. I should not have been given a licence to cook eggs that day, let alone be put behind the wheel of a car. What on earth was I thinking?.

I had a chat with the nice policeman (who somehow managed to decipher some sense from all my tears) and he suggested he would record my speed as only 14 km over (so I would only lose two demerit points, not three) in return for my promising that I would have a break for a while before continuing on my way to see my children.

Later I wrote in my diary ‘I simply has to drive to see and hug the children. I had to get to see them as soon as I could. After I was pulled over I realised that I was in a completely distressed state and I should never have been driving. I was terrified that I may have had a car accident, being so distraught. I suddenly realised that I did not want to die, I wanted to live, I wanted to survive.”  I determined that I would never ever again let my feelings govern my actions and lead me into the gross stupidity that governed my actions that day.

Whilst that day was extreme, it was really no different than all the innumerable other days with all my innumerable other excuses I had had in the past for getting somewhere quickly, for no other reason than I had to get there.

I am happy to report that in the over two years since that date I have not received any more speeding tickets. More importantly, I no longer speed – ever. Not on the open road, not through the outskirts of town, not in the towns. Moreover, I changed my attitude to speed in general and am no longer in such a rush to get anywhere. I no longer feel that whatever I need to get done or whatever I need to get to is so important that I have to rush to get to it. “It” can wait until I get there and then when I arrive – safe and well – “it” will benefit from my slower calmer frame of mind.

To all my readers: I wish you all a safe slow calm and joyous Christmas.
I am having a break from blogging and will return in about three weeks and will ‘see’ you in the new year.