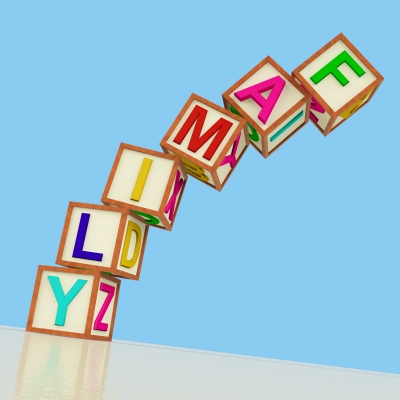 My second son is to be married. This will be the first major milestone since the break-up. This will be the first time as a family where we will all be together, yet apart; where we will have to face not being a united family; and where my and my ex-husband’s siblings will see each other. I remember my eldest son’s wedding six years ago when we had that coming together of the two families and what a joyous occasion it was. How I so wish for this wedding to also be filled with joy and togetherness.

My son spoke to me by phone about some logistical arrangements for the wedding and I was dying inside as he spoke as I had been blocking those things out. I did not let on how anxious I felt. It was going to be his big day and I needed to put my angst aside. After the call ended I broke down. Everything hit me hard and I felt all mixed-up inside. I felt joy and sadness, fear and wonder, all mixed up together. I felt so alone that I could not share those feelings with my children, those whom I held dearest to my heart. The cruelty of divorce hit me as hard as it had ever hit me before, knowing that we were no longer the strong united happy family that we should have been.

About half an hour later my son rang me back. He had sensed there was something wrong with me. By then, I was in the middle of a puddle of tears. There was nothing to do but tell him how I felt. Out came three years of frustrated loneliness of never being able to talk to him and the other children about how I really felt. I felt that I had to protect them all from the pain of the broken family unit. I told him I felt I was supposed to put on an appearance of a happy united family for his wedding and yet we were broken. I felt that I was supposed to put on an appearance of his father and I being ‘friends’ when I did not feel that way. I felt that if I had to pretend we were that united unit, when we were not; and that his father and I were friends, when we were not; then I would be acting untrue to myself. I explained I wanted his day to be special but I did not want to live a lie. I wanted to stop pretending and hoping for the united family. We were two families now; my family and his father’s family. I could not act like the united family unit when we were not. From now on in my life I wanted to speak my truth. I wanted to act by my true self.

I had never spoken to my son about the break-up in that fashion before. My son assured me that I could always speak the truth with him. I no longer had to pretend. I felt a surge of bonding with my son that was stronger than I had ever felt before. I no longer felt lonely and that I could not share how I felt, with those whom I love. I no longer had to put on a mask. I had found my voice. I had spoken my truth. I was acting by my true self. I felt a huge weight had lifted from my shoulders because I did not have to pretend anymore. I felt free.

Now that the suffering weight has lifted, I have six weeks to become strong and work out my self-strategies to ensure my son’s wedding is the joyous occasion it is meant to be.

41 thoughts on “Divorce and weddings and families”