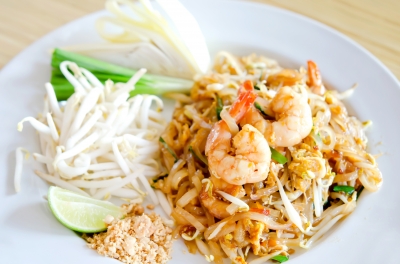 In my H.E.A.L.T.H.plan, H = Health Habits encompass all the other targets of keeping myself Headstrong (mindful), Eating right, remaining Active, adapting my Lifestyle, and keeping myself on Track. It became easier when all these became Habits. This is the hardest step in the whole process as it meant forming healthy rituals, sometimes against a prevailing wind of less-healthy rituals that only serve to drag me down.

Many of my winning habits have involved getting the food issues correct. I have done this from a very early age by giving up confectionery and chocolate at the age of twelve, switching from frying foods to grilling foods after my father had a heart attack when I was 15, cutting out deep fried foods and high fat foods in my early twenties, and cutting out most added fats and refined foods in my thirties.

In the busy years of caring for young children, working almost full-time, maintaining the house and managing the business, everything took priority over me and my health. The flimsy walls laid on top of what could be regarded as strong foundations began to crumble. This happened ever-so-slowly resulting in a gradual weight gain of about 1 kilogram (two pounds) every three years. That is not very much and indeed almost unnoticeable but over forty years it added up.

On reaching that point, of being unhappy with my weight, I began blaming myself and thinking there must be some food I was eating that was ‘bad’ (there wasn’t) and should be avoided. I will make a point here that I do feel excess fats, sugars and refined foods can contribute to weight gain. However, in my case, I wasn’t eating many of those because of the strong foundations I had laid. That wasn’t the problem. Nevertheless, because of all those diet-scare books and blogs proclaiming on one hand that all poultry, eggs and fish should be avoided (vegan diets) or all potatoes, pasta and bread should be avoided (low-carb diets), I found myself in this culture of a sacrificial approach to weight control. Any attempt by ‘dieting’ made me miserable (giving up foods I enjoy), guilty (if I broke the diet) or stupid (if I regained weight) which simply fueled me feeling bad about myself.

Like an epiphany in January 2015, instead of focussing on avoidance I began thinking about what I was doing right (the strong foundations) and what had led me to sometimes eat more than I should or eat in an unhealthful way or not move as much as I could.

It comes down to four basic reasons –

It took much self-therapy to get over the distress of my marital break-up before I stopped turning to food as a comfort and taking the time to get back into the routine of having healthy foods and regular exercise. These are not to be understated as important contributory factors of taking me back to the road of good health. It is, however, the last two reasons that are for me the deal-breaker. Celebrations and culinary delights.

Traditions have slipped into our culture that I incorporated in my own lifestyle that did not serve me well – daily cafe lattes, regular meals out (where the meals tended to be higher in fat, sugar and alcohol), any excuse to celebrate, and indulging in culinary delights every day of the year. Some foods and meal-types I had been having regularly over the past two decades were in my younger days special treats for me indulged only about four times a year. It wasn’t that any of these foods or meals or celebrations were “bad” or needed to be avoided … it was just that they had become too frequent.

Nevertheless, wanting to remain healthy and see my grand-children grow up has been a major driving force for me to form new habits to counteract this societal pressure to celebrate four times a day 365 days a year. It has not been easy (yet thoroughly worthwhile) to develop the habit of a hierarchy of indulgences. There is much merit in same-old basic foods every day, saving some special foods to have with my social contacts twice weekly (for me, cafe lattes and / or alcohol), and reserve meals with “all the trimmings” only for tribal celebrations once or twice a month.

I believe this has been the main reason for success of my H.E.A.L.T.H.plan that I am winning and yet incorporating my social encounters into my plan and thoroughly enjoying those times.