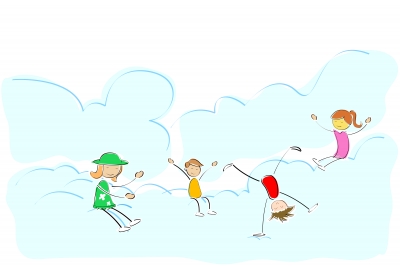 Two years ago I wrote a post on how my attempts at engaging in an exercise programme (such as running or going to the gym) repeatedly failed. That was because it was an all or nothing approach that I took. I would do lots of exercise. I would get sick of that. Then I would slip back into doing nothing at all.

At that point in time when I wrote that post, which was I might add a fairly intense period of my life when I was extremely busy, I resolved instead to simply do ‘something’ every day, whether that was a short walk or housework or similar.

Life unfolded again and again after that and so getting myself into a proper exercise programme was indeed out of the question. I simply could not commit that time as there was too much else going on in my life. However, I kept up with doing ‘something’. I told myself I had to do a minimum of ten minutes a day. That does not sound very much and indeed it isn’t and that is the point. There was simply no excuse for not being able to find at least ten minutes a day. But what that ten minutes became was a commitment to myself that no matter how bleak the day was, no matter how overwhelming the tasks in front of me were, I always deserved those ten minutes for me, for my health, for my well being.

The ten minutes grew to fifteen and then to twenty. I came to really enjoy those twenty minutes each day where generally I would go for a walk after breakfast. I kept up that twenty minutes through rain, hail, and sunshine.

Since I began my H.E.A.L.T.H.plan where I resolved to take fifty weeks or one year to get my health fully back on track [giving myself two weeks off over Christmas 🙂 ] and especially the last four months since the final ending of the marital settlement, I have been doing even more. The morning walk has gradually increased to forty minutes a day, and each afternoon I go into town and by doing so clock up an extra twenty minutes of walking. Then I have been giving the house a much-needed spring clean, room by room. It is amazing how many ‘something’ minutes are clocked up when you become a better house-keeping person. Last, but not least, a definite advantage of sorting the boxes upon boxes in the garage, is the fact that it has added to the little bits of ‘something’ that I have been doing.

A few weeks ago, I downloaded a fitness app onto my phone that counts the number of steps I do a day. I was so excited when the first day I used it I clocked up 10,000 steps which the app told me is more active that 94% of the population. Some days I have clocked up 15,000. I have never considered myself a fitness freak and indeed I hate exercise and it did give me a thrill to realize that I was doing more than 94% of the population, simply by doing ‘something’ over and over throughout the day.

I have found the app is good as it does motivate me to go that extra distance, park the car a few blocks from where I need to so that I need to walk there and back and that adds up to my daily score. The children have similar ones on their phones or ones on their wrists and we text each other as to the steps we have done each day. So this has given me something to share with my children even though they are not with me – the enthusiasm for becoming more active. And now they are running and going to the gym to get their scores up, as they have to do that (after a sedentary day at work) in order to keep up with Mum who is simply doing ‘something’ – and more and more of it – every single day.