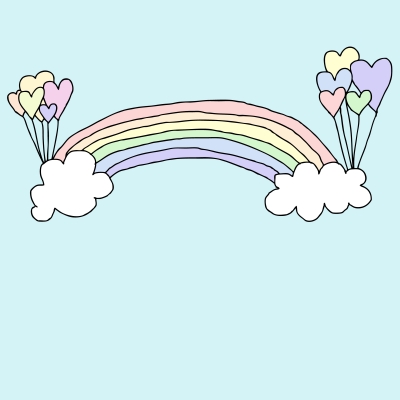 It was not without an undercurrent of fear (on my part) in meeting up with my ex-husband in these circumstances and wondering how to react with him. However, it was time to put all that aside and make it a happy occasion for my son and his wife to be.

Prior to the wedding, we had managed to arrange a family get together with the happy couple in Sydney for my mother and my two nephews and families who could not make it to the wedding. We were able to bring together for the first time my mother’s six little great-grand-daughters, including my two grand-daughters, all under five. They looked so cute together. It was a happy day. Due to some wonderful friends, we were also able to arrange care for my mother for a few days so that my sister could also attend the wedding, albeit she would only attend for two nights.

Once on the island, I was able to relax and I had a wonderful time. I shared a villa with two of my children, my sister (on the two nights she came), my brother-in-law, and my niece. My brother and his family were in the villa next to us. We were able to have some close family gatherings and chats long into the night. It was a wonderful time of togetherness.

I even did some kayaking and had a pedicure 🙂

The wedding ceremony itself on the fifth day was beautiful and many tears of joy and happiness were shed, along with some nostalgic tears, and some sad tears that my son would now reside in Canada – so far away.

Then it came to the reception and speeches.

When I turned sixty earlier this year, I gave a little speech about my life being like a tree. I described the roots of the tree as my ancestral and extended family; the trunk of the tree as representing my friends, acquaintances, education, talents and experiences; and the branches of the trees my children and grand-children. I had described how my tree was spreading the seeds of the values inherited from my family, and those I had formed myself.

When it came to my turn for giving a speech, I had thought I would use the same imagery of the tree. However, I could not see where my son and new daughter-in-law would fit. Would she become part of my tree? Would my son become part of her tree? Would they start growing their own tree?

Then, instead of a tree, I thought of the imagery of a rainbow.

A rainbow represents harmony. To me, having the wedding in such a setting with all of us coming together to help celebrate, was like a rainbow. It was the promise of new beginnings, after the storm. The arches of the rainbow represented the joining together of my son’s family and my new daughter-in-law’s family. Each colour of each arch of the rainbow represented each parent and grandparent and their families, and we were joined together in harmony by the union of my son and his new wife. This was the promise to them of the rainbow and its message of hope. Within that rainbow, there were the gifts that had been given to them by all the generations that went before them.

Red for passion and excitement.
Orange for vitality and good health.
Yellow for the promise of new beginnings.
Green for compassion and kindness, and for this great earth.
Blue for the courage to speak up for their beliefs.
Indigo for love and companionship.
Violet for peace, temperance and wisdom..
The full rainbow for embracing love in harmony.

That was my message to them for their wedding.

And this (by sheer coincidence) was their wedding song.

I now have time
One difference I have noticed about this personal crisis – compared to others – compared to before – is time. I now have time, precious time. Life is moving at a much slower pace than before. What was it that previously kept me in a tailspin of frenetic activities from dawn until dark? Now I have time to enjoy the dawn, the sunrise, the sunset, the valley. I have time to chat to the girl at the supermarket, the petrol-pump attendant, the girls at work. I have time to walk, to read, to be organised, to pay attention to myself, to put jewellery on, to blow-dry my hair. I have time to ring my children, my mother, my sister, my friends. I have time to email. I have time to write. Yet gone is the overwhelming feeling that there are things being left undone, left unsaid. I have this over-riding feeling that all the important things are being done and whatever it is that isn’t being done is not all that important anyway. I am enjoying my time. Time to myself, time for me.

I have people.
I have my children, my grand-daughter, my mother, my sister and brothers, my true friends. I am here for them and they for me. And they love me for being me and no-one else. I have strength and perseverance and respect for myself and for others. I am learning about parts of my people’s lives and souls that I had never known before. I am enjoying my people.

Life is good. Life is great.

This blog over time will outline the steps of my transformation into ‘me’. That process begins at the ending of ‘we’ – an almost 40 year relationship with my husband and soul-mate – a relationship that ended abruptly and unexpectedly through no choice of my own. The first few weeks I was in excruciating agony surviving by living one painful hour at a time. Six months have now past and the pain has eased enough for me to now put some of my thoughts of those first few weeks into words.

Where do I begin to recount the mixed emotions I have felt in the loss of that wonderful partnership – the love that we had, the lost happy memories, our beautiful family, the lost plans for the future, the shared projects together, the care that I gave, the grief, the unfairness, the anxiety, the pain, the anger, the horror, the victim I became, the catastrophic events we endured – or perhaps it seems we did not – being thrown onto a rollercoaster of emotions up and down – all by myself.

I was passing through and am still passing through a grief process – those four to seven stages or feelings that psychologists claim one passes through after a death or loss of a loved one before one can truly resurrect one’s own life again. The end of a marriage is such a loss – I can vouch for that – and it does seem that there are particular stages or feelings you pass through or experience along the way in this grief process on the loss. The stages supposedly include – shock – pain – anger – depression – then finally acceptance and hope. By week six, when I was reading about these stages, it was this last stage I clung onto of ‘acceptance and hope’ as where I would like to be. I felt that if I could get to a point of acceptance then perhaps I could turn the situation around with positive responses and a hope for the future – a positive future.

That was how I started to feel by week five or six. Before that – weeks one to four  – I was in crisis and in pain. Whilst I am aiming for this blog to be positive responses for my life going forward, the process does start at those first weeks of agony – at the ending of ‘we’ – where any positive sign seemed a long way off.